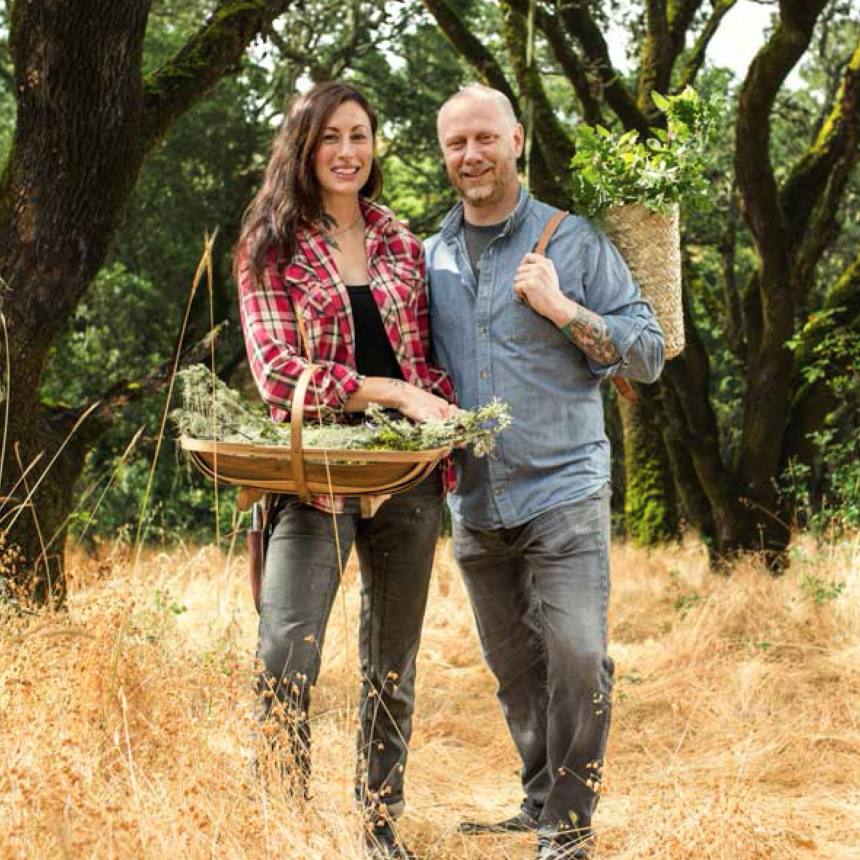 Kyle and Katina Connaughton are the couple behind SingleThread, a restaurant, farm and hotel concept with a traditional culinary offering, prepared with seasonal ingredients and unique access to Sonoma County wines. Both are co-owners of this restaurant in Healdsburg (California) recognized in 2018 with three Michelin stars, where Kyle is responsible for the kitchen and Katina for the organic farm that provides most of the ingredients. Kyle began his culinary career in Los Angeles as an apprentice at one of the city’s oldest Japanese restaurants and continued his training in pastries and savoury products at other important locations. He later moved to Japan where he spent several years cooking with chef Michel Bras and other traditional Japanese restaurants. In 2006 he joined Heston Blumenthal as head chef of Research and Development at the Fat Duck Experimental Kitchen. Connaughton is co-developer of The Culinary Institute of America’s (CIA) Bachelor of Arts program in Culinary Science and co-author of the book “Donate – Classic and Modern Japanese Clay Pot Cooking”.

Katina, on her side, runs the five-acre organic SingleThread farm, which also includes greenhouses, fruit orchards, beehives, and livestock. Katina made her first foray into farming in a rural farming community on the Japanese island of Hokkaido. She continued her education in the garden of a Victorian farm in England before moving to Sonoma to complete her Sustainable Agriculture and Horticulture course. Katina was a greenhouse manager for the Santa Rosa Junior College Agriculture Program and worked at Davis Family Winery. Together with her husband Kyle, she founded the culinary development company Pilot R&D in 2014.

Creating a sustainable ecosystem through hospitality

Kyle Connaughton talks about the importance of agriculture and sustainability. He explains the relevance of authenticity and transparency. As a chef, he insists on creating memories and sharing stories. “Place hospitality above all else, make everything a genuine and authentic experience”, said.