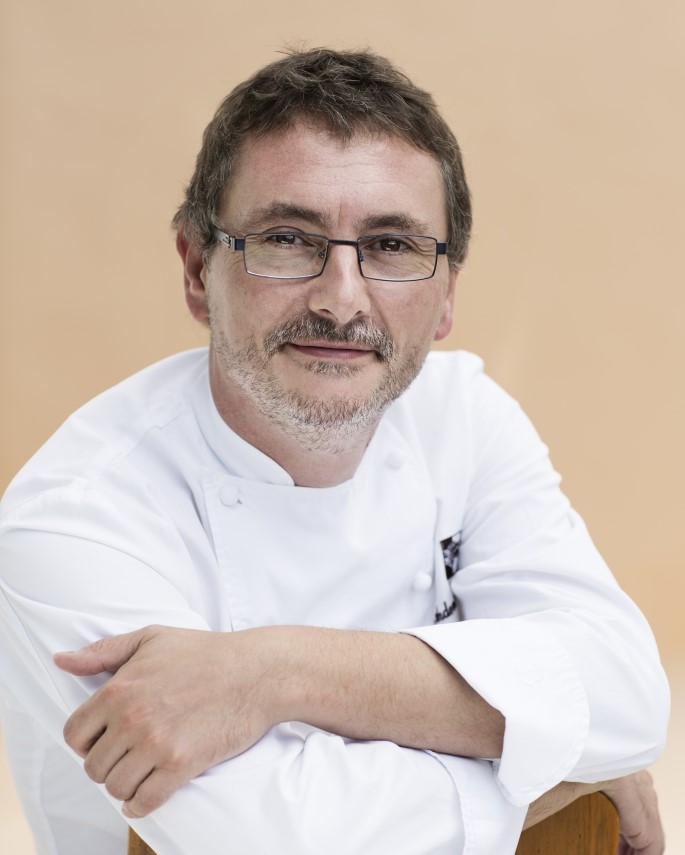 Admired for his creativity and boldness, Andoni Luis Aduriz (born in San Sebastián in 1971) is undoubtedly one of the most influential chefs in the world. Throughout his career he has intentionally disregarded the conventional boundaries of cooking in his search for intersections with other disciplines, such as music, philosophy, anthropology and natural sciences. At his restaurant Mugaritz, located in a picturesque rural setting in Errenteria (Basque Country), diners encounter a truly fascinating proposal that combines innovation and tradition, cosmopolitan sophistication and the utmost respect for local products. Due to Andoni’s commitment to innovation, Mugaritz closes its doors for a few months every year so he can focus on research and experimentation. Mugaritz, which celebrated its twentieth anniversary in 2018, has received two Michelin stars and has maintained its position among the top 10 of The World’s 50 Best Restaurants list since 2006.